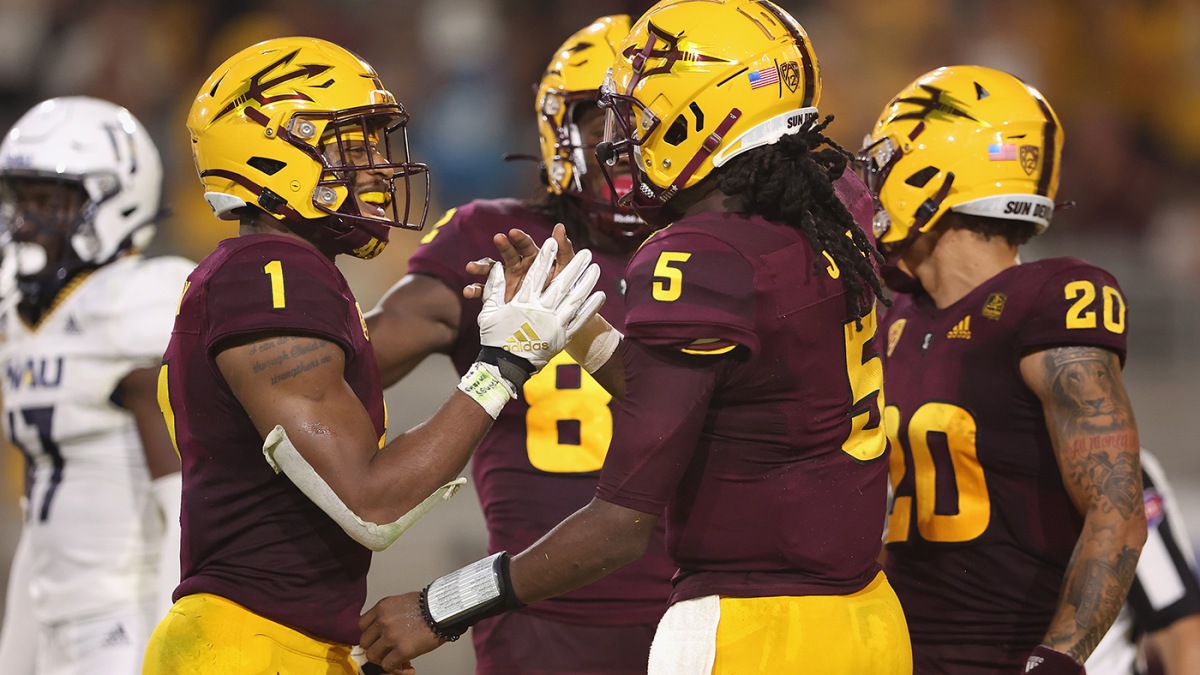 Calling Arizona State a sleeping giant did a disservice to slumbering Shreks everywhere. For decades, ASU has been among the most underperforming programs in terms of … the climate, the campus (45,000 students), the demographics (Phoenix is ​​the fifth largest city in the United States), the conference (a big one in the Pac-12) … heck, even hiking.

But the Arizona State job that suddenly became open Sunday also became much more attractive. That’s usually not the case when a coach leaves, especially one whose arrival was questioned in the first place.

When Herm Edwards agreed to “relinquish his role” at ASU, the arrow immediately began to point upward. Just not for the reasons you might think.

Regardless of who coaches Arizona State, winning the Pac-12 is going to be a lot easier. USC and UCLA are gone. San Diego State and Fresno State could replace them. Even if they don’t, the Pac-12 is a downsized league that would at least be guaranteed a spot in the expanded College Football Playoff.

That assumes the Pac-12 sticks together. Arizona State seems like a pawn in a realignment Pac-12 and Big 12 tug-of-war. That’s not necessarily a bad thing. With the right man, Arizona State will have a good shot at a playoff spot.

Edwards’ departure did nothing but increase the chances of the Sun Devils avoiding major penalties in their current NCAA investigation. According to the NCAA, Edwards oversaw a program — and may have had direct involvement — in accepting prospects during the COVID-19 recruiting dead period.

The assistant coaches who are considered responsible are already gone. Now it’s also the coach. Meanwhile, the NCAA is redefining its enforcement process. The association has announced that they do not want to punish innocent players. The NCAA has options other than a postseason ban. And really, that’s all anyone cares about in the grand scheme of things. It now appears to be just a matter of timing whether Arizona State will avoid a postseason ban.

Once Arizona State begins pursuing coaches, being able to avoid the postseason ban will expand the scope of the search exponentially.

“There are a lot of coaches who think this is a very coveted job,” said Ray Anderson, ASU’s vice president for athletics.

That’s how contenders should view the Sun Devils, except ASU has historically struggled to keep from stumbling before crossing the finish line. Recently, it’s been the not-quite program that either took chances on the next hot young guy (Dirk Koetter) or veterans who may be past their prime (Dennis Erickson, Todd Graham).

When Edwards arrived, he hadn’t coached in the NFL in nine years. It had been 28 years since he had been an assistant.

That’s why many are questioning whether Anderson should be leading the search at all. He hissed heavily at the Edwards experiment. Basketball coach Bobby Hurley has made two NCAA Tournament appearances in six seasons (not counting the COVID-19 year).

It’s hard to determine what happens next given the process that brought Edwards in and eventually spit him out. Anderson oversaw it all.

Before coming to Arizona State in 2017, Edwards had been perfectly content as a veteran-neutral NFL analyst. His enthusiasm was only surpassed by his knowledge. At one point, Anderson got the idea that his old client — Anderson was Edwards’ former agent — would be the figurehead of a transformation at Arizona State. Not a coach, but a “CEO”.

Edwards’ hiring came as part of a “New Leadership Model” based on a “collaborative approach.” We should have known there were hard times ahead. given the tightly worded company-speak press release.

Anderson then called the Tennessee athletic department”a cluster” in its process to hire Jeremy Pruitt. In a cosmic piece of karma, both Pruitt and Edwards have now left their programs, both accused by the NCAA of bringing in recruits during the COVID-19 dead period.

Anderson got rid of the assistants he considered responsible for the scandal. Arizona State President Michael Crow doubled down in February apparently exonerating Edwards. Forget the apparent hypocrisy of firing Edwards eight months later. Just five years since the big rollout of the NFL model, Edwards was undone by a loss to a MAC (Eastern Michigan) school.

Perhaps interim coach Shaun Aguano will stabilize things. Aguano has been an effective coach and recruiter in his four seasons. It might be a good idea for Edwards’ replacement to keep the former successful coach at Chandler High School.

It wouldn’t be the worst thing to bring in veteran coach and Phoenix resident Rick Neuheisel in some sort of advisor/analyst/recruiter role.

Arizona and the Valley have become a hotbed for the quarterback. But highly rated area signal callers don’t stay home. Brock Purdy is in the NFL; he played at Iowa State. Spencer Rattler is attending his second school since leaving Oklahoma. Desert Mountain High School product Kedon Slovis left USC for Pittsburgh.

Edwards emphasized recruiting in California and succeeded to some extent. Arizona State went 26-20 under Edwards without a losing season.

Take away the Pete Carroll era — 10 straight losses from 2000-10 — and ASU has played USC even since entering the league in 1978. Sure, it’s a stretch to take away those 10 games, but again, this is about about unrealized potential.

ASU needs a naming rights partner for Sun Devil Stadium. State Farm headquarters is across the street, but chose to go with the Arizona Cardinals (State Farm Stadium). Sun Devil Stadium has been reduced in size to create a more intimate experience. It was wild last year when I attended the USC game.

So is the future — in a good way. The right coach can energize the valley, the region, the state and the nation … if the pieces line up.

No matter what, the Arizona State job has gotten better. 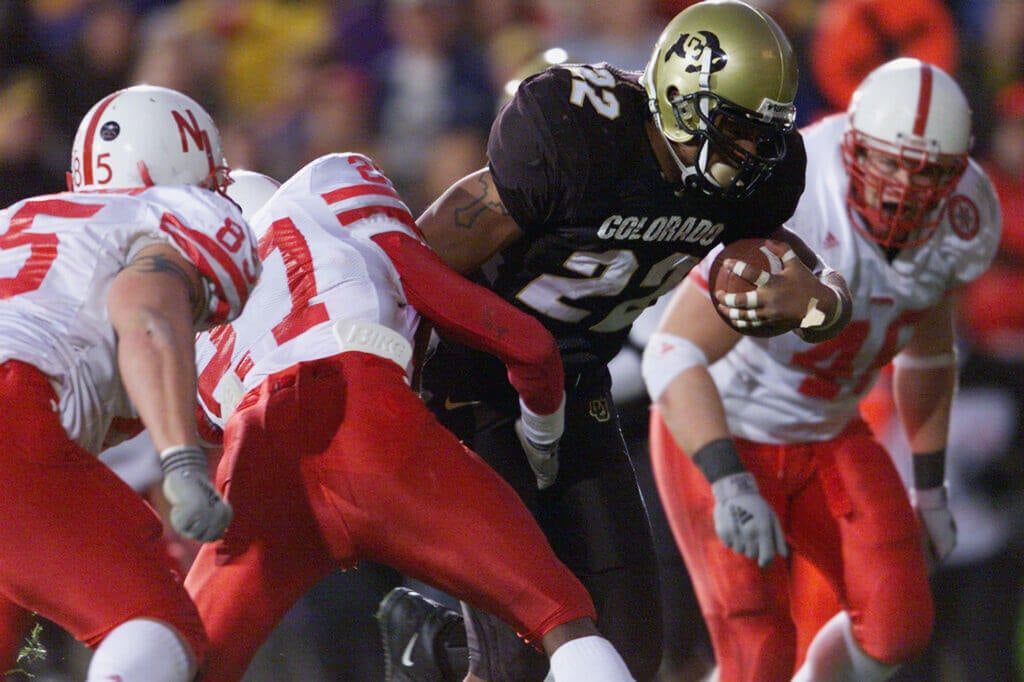 A 12-team College Football Playoff in the BCS/CFP era: Who would have made it? 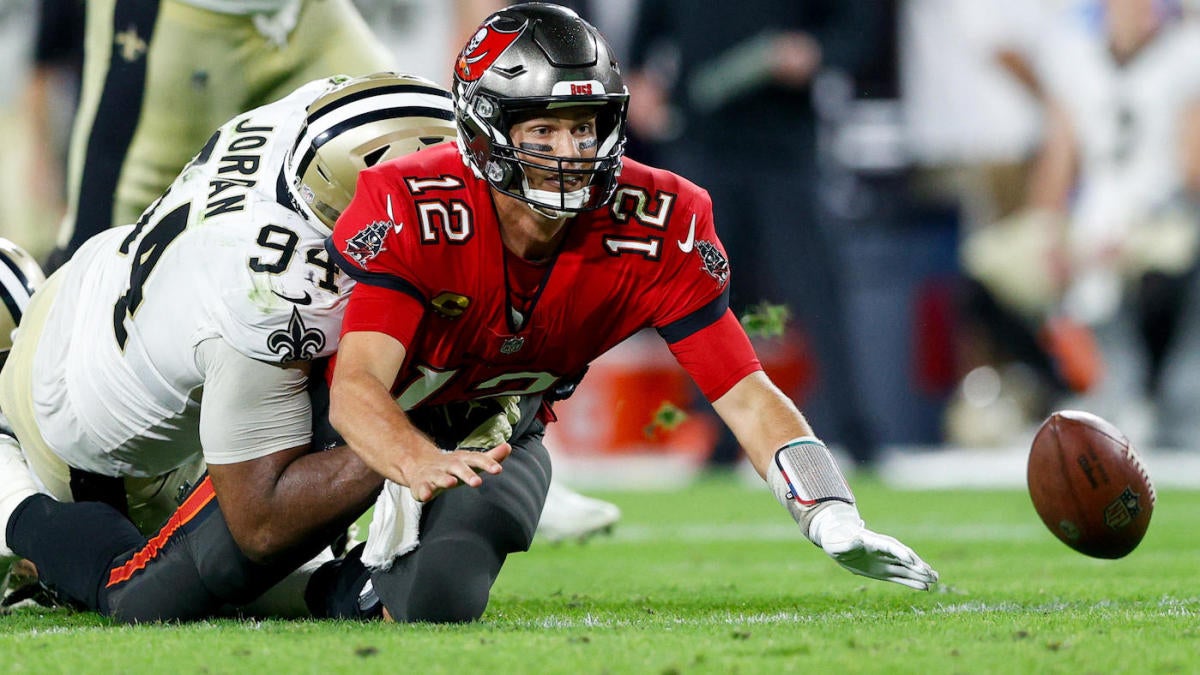