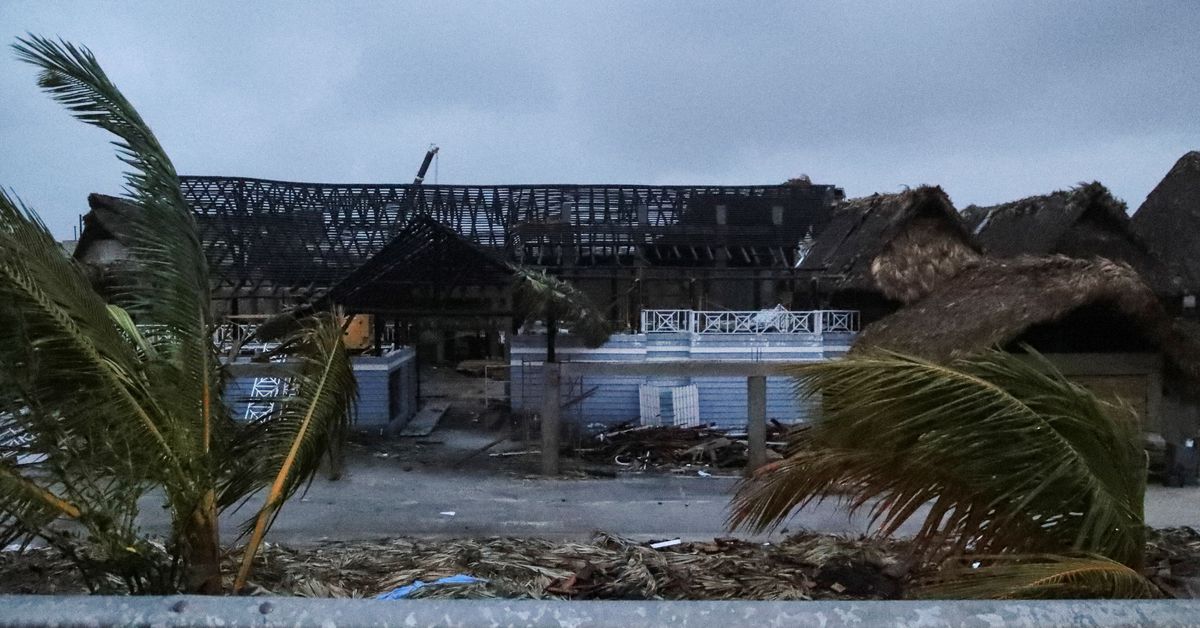 The Category 2 hurricane is likely to become a Category 3 as it moves over warm Caribbean waters toward Turks and Caicos. Fiona was upgraded to a Category 2 with winds of 100 mph by the National Hurricane Center on Monday evening.

On Tuesday, the center of Fiona is expected to pass near or east of the archipelago, which is under a current hurricane watch, the US National Hurricane Center (NHC) said. Tropical storm conditions were also expected in the Bahamas.

After battering Puerto Rico, Fiona made landfall in the Dominican Republic near Boca Yuma at 3:30 a.m. local time, according to the NHC. The center of the storm reached the north coast of Hispaniola before

It is the first hurricane to make a direct hit in the Dominican Republic since Jeanne left serious damage in the east of the country in September 2004.

Fiona caused severe flooding, leaving several villages isolated, around 800 evacuated and more than 11,000 people without power in the eastern part of the country.

– The damage is significant, said President Luis Abinader of the Dominican Republic. He plans to declare a state of disaster in the provinces of La Altagracia, where the famous resort of Punta Cana is located, El Seibo and Hato Mayor.

In La Altagracia, in the far east of the country, where the hurricane made landfall on Monday morning, the overflow of the Yuma River damaged agricultural areas and left several towns isolated.

Electricity and water utilities are working to restore services in affected areas.

In Puerto Rico, a territory of the United States, residents continued to face strong winds, frequent lightning and heavy rain.

Fiona made landfall there on Sunday afternoon, dumping up to 30 inches (76.2 cm) of rain in some areas.

The storm comes five years after Puerto Rico was ravaged by Hurricane Maria, which triggered the worst power outage in US history.

US President Joe Biden spoke with Puerto Rico Governor Pedro Pierluisi on Monday, pledging to increase support personnel being sent to the island in the coming days.

“The president said he will make sure the federal team stays on the job to get it done,” according to the White House.

Jeannette Rivera, 54, a public relations worker in Orlando, Fla., said she had not spoken to her family since an erratic phone call early Sunday.

A view of destroyed buildings in the wake of Hurricane Fiona in Punta Cana, Dominican Republic, September 19, 2022. REUTERS/Ricardo Rojas

She fears for her parents’ safety and the health of her 84-year-old father, who had just contracted covid-19 and had a fever.

“My concern is that if they need help, there’s no way to communicate,” Rivera said.

Nearly 90% of Puerto Rico remained without power Monday, according to Poweroutage.us. Officials said it would take days to connect the entire island of 3.3 million people.

Many roads became impassable due to trees and mudslides. Images on social media depicted submerged cars, people wading in waist-deep water and rescue boats floating down swampy streets. Only 30% of drinking water customers have service.

Crews rescued around 400 people from flooding in Salinas, a city in the south where the rain has turned into a downpour. The southern and southeastern regions were hardest hit.

Puerto Rico’s power grid remains fragile despite emergency repairs after Maria, according to the Center for a New Economy, a Puerto Rican think tank.

Maria, a Category 5 storm in 2017 that killed more than 3,000 people, left 1.5 million customers without power and knocked out 80% of power lines. Thousands of Puerto Ricans still live under makeshift tarp roofs.

As the National Weather Service lifted its hurricane watch for Puerto Rico on Monday, officials warned that bands of rain could follow the storm system for hundreds of miles.

A 70-year-old man in the northern city of Arecibo is the first known casualty in Puerto Rico. He was trying to start his electric generator when the machine exploded, killing him instantly, police said.

Another man drowned in the afternoon. Police said an 88-year-old woman died of a heart attack at a shelter.

Hundreds of responders helped with recovery efforts after Biden declared an emergency for the island, allowing FEMA to coordinate disaster relief and provide emergency protective measures.

Pierluisi said the government’s response has been much more effective than during Hurricane Maria, which was highly politicized with former President Donald Trump’s administration criticized for being too slow to provide disaster relief. Trump refuted that.

The government has not estimated the damage as it is still in the response period, although the governor said the damage was in the millions.

For most of the five years since Maria hit Puerto Rico, the debt-laden government and Puerto Rico Electric Power Authority were mired in bankruptcy and the island’s finances were managed by a federally appointed oversight board.

(This story corrects the year Hurricane Jeanne hit the Dominican Republic to 2004, not 2018, in paragraph 5) 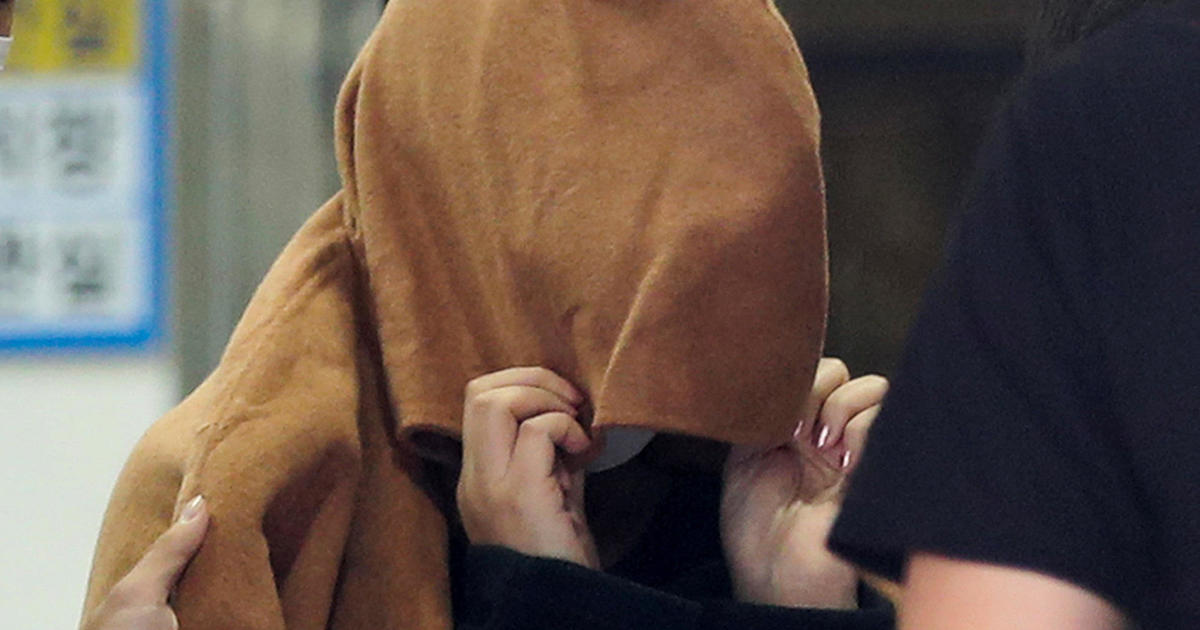 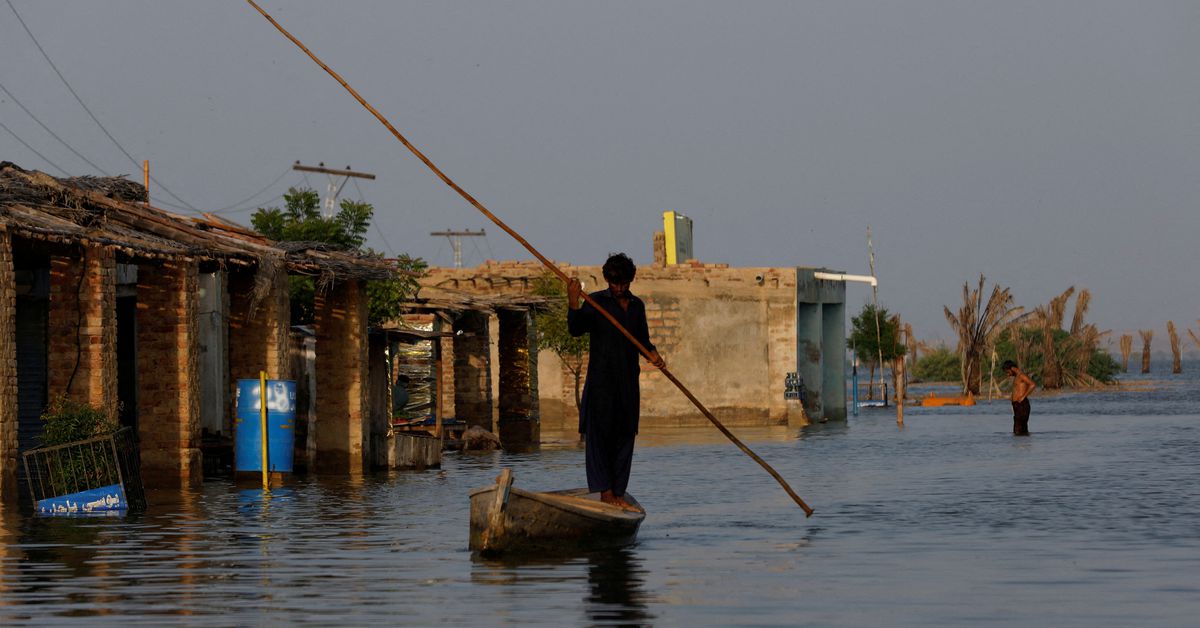