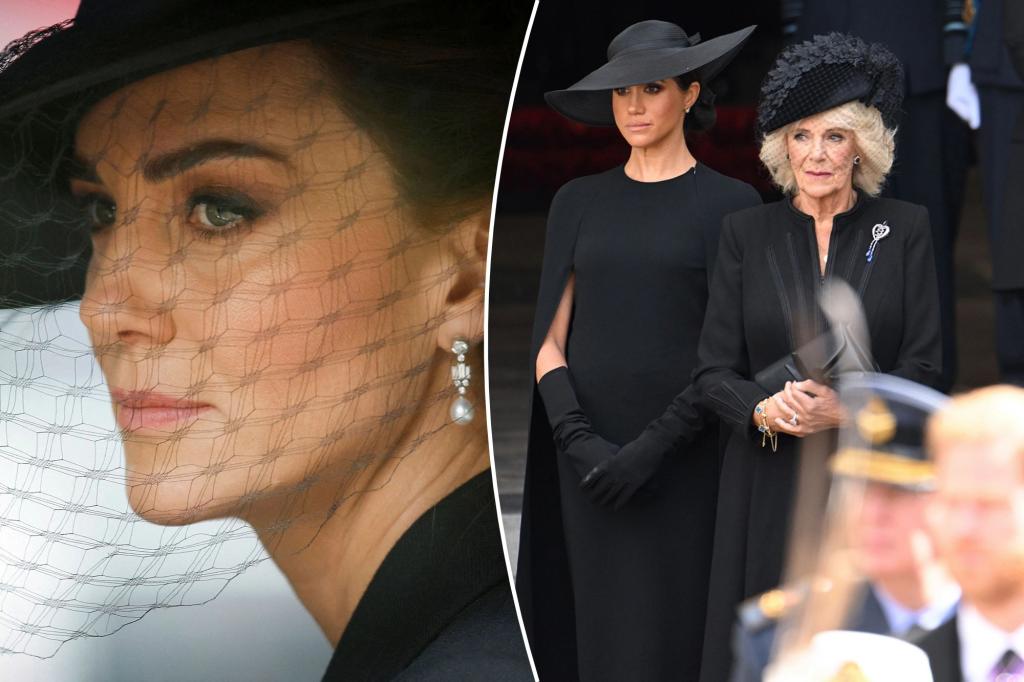 Amid the formal pageantry, speeches, prayers and songs at Queen Elizabeth’s funeral on Monday, members of the royal family found quiet ways to celebrate the queen through fashion.

Many of the women closest to the Queen wore jewelery and items of clothing given by the late monarch or meant to symbolize her influence.

Here’s a full rundown of all the fashion tributes on the service:

The Duchess of Sussex appeared at the funeral on Monday wearing the pearl and diamond earrings given to her by the Queen. The earrings were given in honor of the couple’s first solo outing together in 2018.

“The royal tradition of wearing pearls for mourning goes back to Queen Victoria, who was so overcome with grief when Prince Albert died that she wore nothing but black for the rest of her life,” Maxwell Stone of British jeweler Steven Stone previously told Page Six Style.

In a mournful nod to a happier time, Markle’s gown was the black version of a navy gown she wore to celebrate the Queen’s 92nd birthday at the Royal Albert Hall in 2018.

Kate Middleton made sure her outfit was full of symbolism on Monday, donning Queen Elizabeth’s pearls and a black Alexander McQueen coat dress that was a black version of the same coat she wore to the Platinum Jubilee earlier this year.

The Princess of Wales had worn the same pearl earrings – which were a gift from the Ruler of Bahrain to the Queen for her wedding in 1947 – to Prince Philip’s funeral.

Notably, she also wore the Queen’s four-row pearl choker with a diamond clasp.

The necklace was made of pearls that were “reportedly a gift from the Japanese government, possibly acquired in the 1970s, when she made a state visit to that nation,” according to The Court Jeweler.

Kate had worn the choker before – to a dinner to celebrate the Queen and Prince Philip’s 70th birthday.

Seven-year-old Princess Charlotte wore a diamond brooch in the shape of a horseshoe that her late great-grandmother, the Queen, gave her, according to reports.

The brooch appeared to be the first time the princess, who is third in line to the throne after her father Prince William and older brother Prince George, has worn the symbolic jewellery.

Queen Elizabeth was a known animal lover and was particularly fond of horses.

It seemed to be a nod that Queen Elizabeth, whose reign spanned 70 years, served even longer than Victoria.

Fortunately for Camilla, she is likely to inherit much of Elizabeth’s vast jewelry collection. 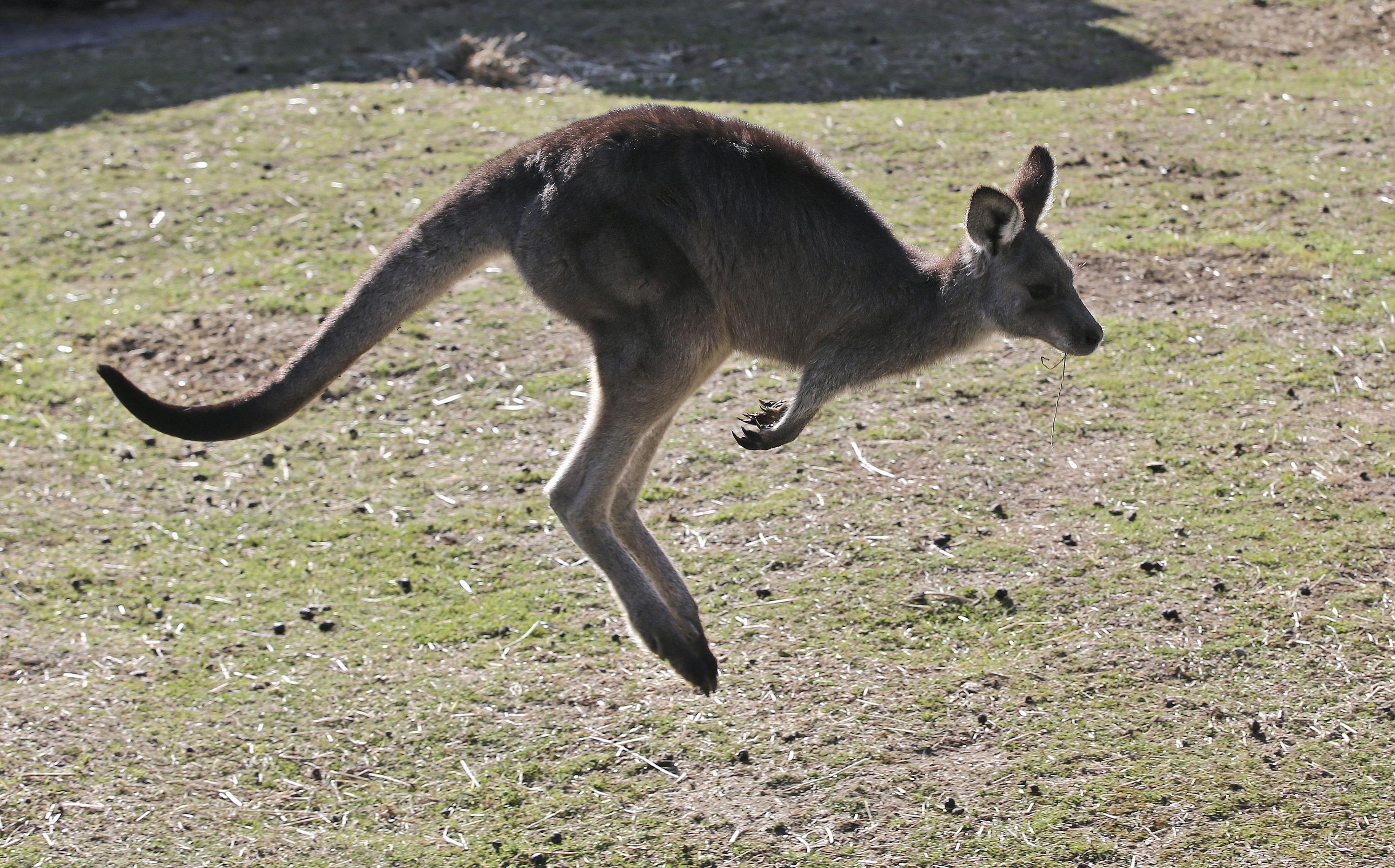 A new, non-addictive pain reliever with fewer side effects 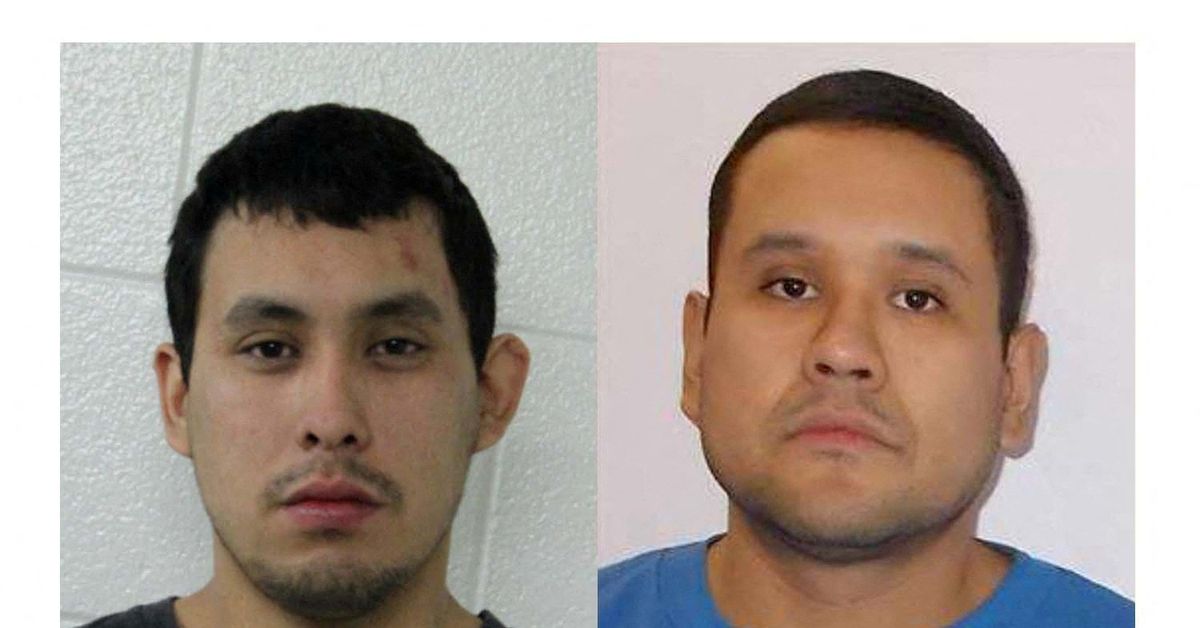 One suspect in Canadian mass stabbing found dead, another still on the run