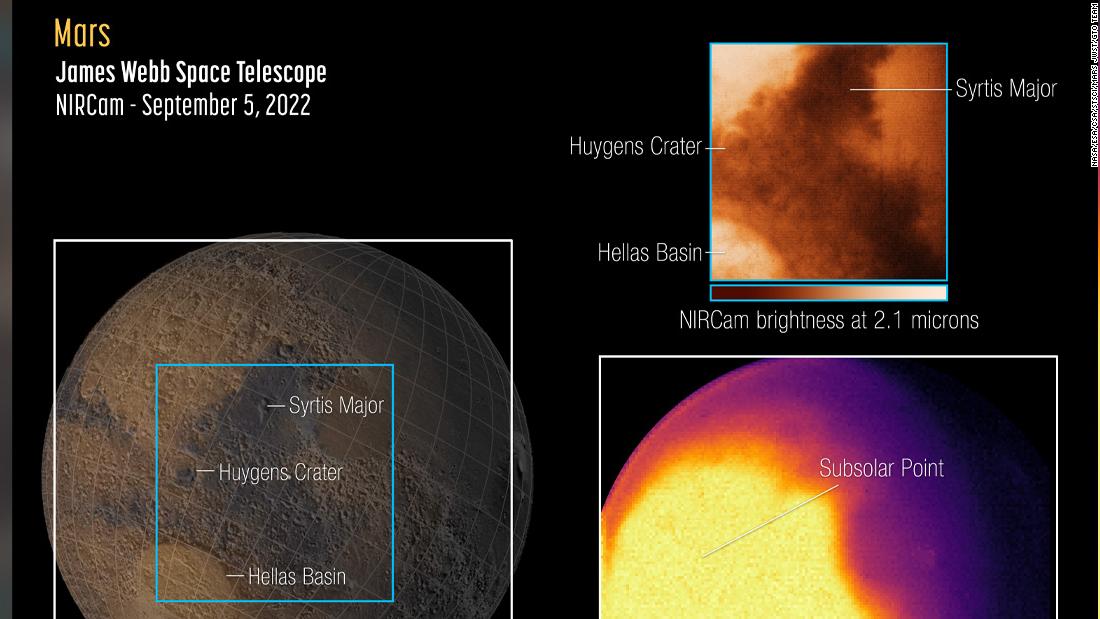 The space observatory took its first images and data of the Red Planet on September 5.

Several orbiters over Mars, and land-bound rovers Curiosity and persistence, roaming the surface, regularly sending back insights. Webb’s infrared capabilities add another perspective that could reveal details of the Martian surface and atmosphere.

Webb, located a million miles (1.6 million kilometers) from Earth, can detect the sunlit side of Mars facing the space telescope, putting the observatory in the perfect position to spy on the planet’s seasonal changes, dust storms and weather all at once.

The telescope is so sensitive that astronomers had to make adjustments to prevent the blinding infrared light from Mars from saturating Webb’s detectors. Instead, Webb observed Mars using very short exposures.

The new pictures show Mars’ eastern hemisphere in different wavelengths of infrared light. At left is a reference map of the hemisphere captured by the Mars Global Surveyor mission, which ended in 2006.

The top-right image from Webb shows reflected sunlight on the Martian surface, showing Martian features such as Huygens Crater, dark volcanic rock, and Hellas Planitia, a massive impact crater on the Red Planet that stretches more than 1,200 miles (2,000 kilometers).

As this thermal light passes through the Martian atmosphere, some of it is absorbed by carbon dioxide molecules. This phenomenon has made Hellas Planitia appear darker.

“This is not actually a thermal effect on Greece,” Geronimo Villanueva, a planetary scientist at NASA’s Goddard Space Flight Center, in Greenbelt, Maryland, said in a statement.

“The Hellas Basin is a lower elevation, and thus experiences higher air pressure,” said Villanueva, who is also principal investigator of Mars and Ocean Worlds studies for Webb. “The higher pressure leads to a suppression of the thermal emission at this particular wavelength range due to an effect called pressure broadening. It will be very interesting to separate these competing effects in these data.”

With Webb’s powerful capabilities, Villanueva and his team also captured the first near-infrared spectrum of Mars.

The spectrum indicates more subtle differences in brightness across the planet, which can highlight aspects of the Martian surface and atmosphere. An initial analysis has revealed information about icy clouds, dust, rocks on the surface and the composition of the atmosphere in the spectrum. There are also signatures of water, carbon dioxide and carbon monoxide.

NASA’s research team will share more about Webb’s observations of Mars in a study that will be submitted for peer review and publication in the future. And the Mars team looks forward to using Webb’s capabilities to determine the differences between regions on the Red Planet and search for gases such as methane and hydrogen chloride in the atmosphere. 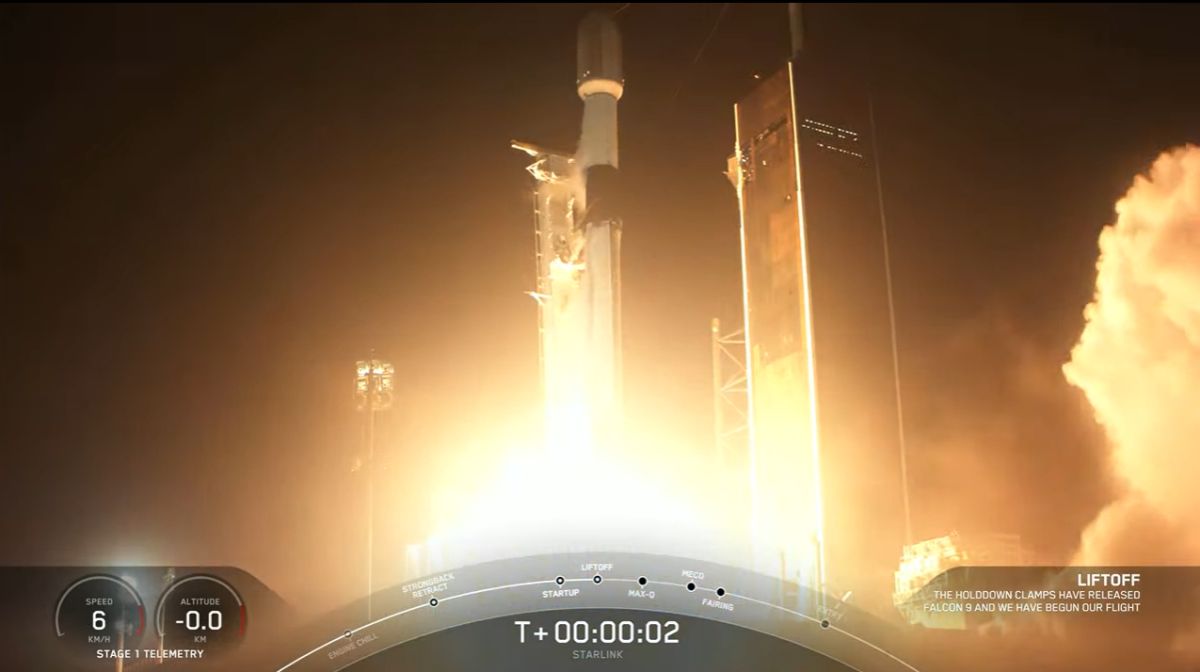 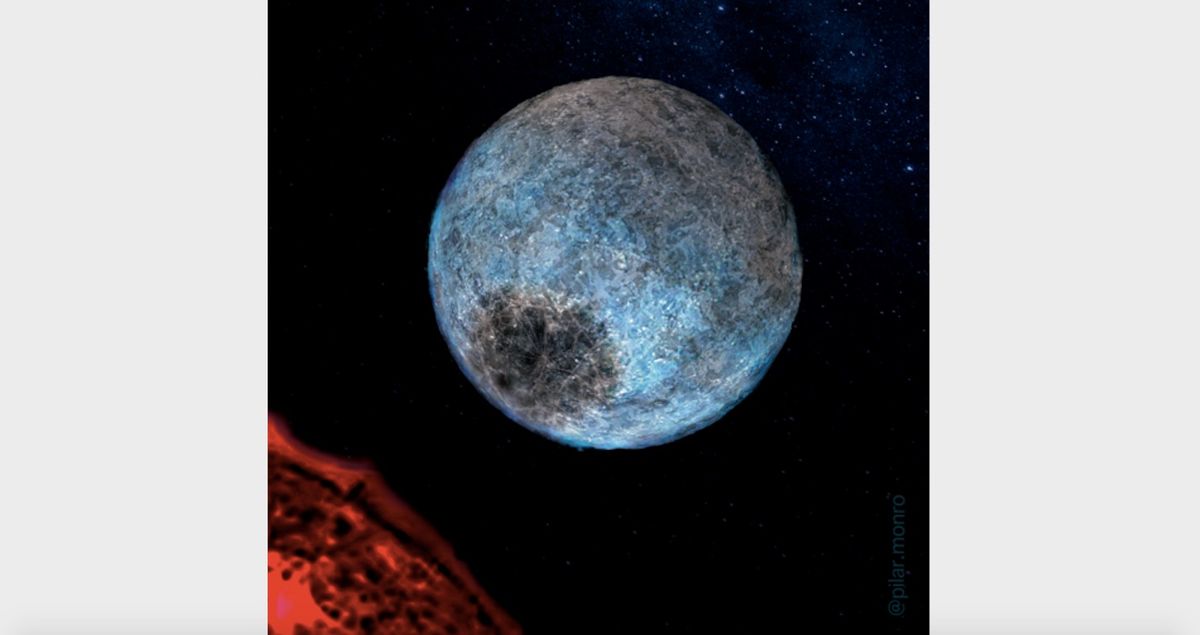